Skip to content
UNMAKING in transformations to sustainability: Q&A with Giuseppe Feola 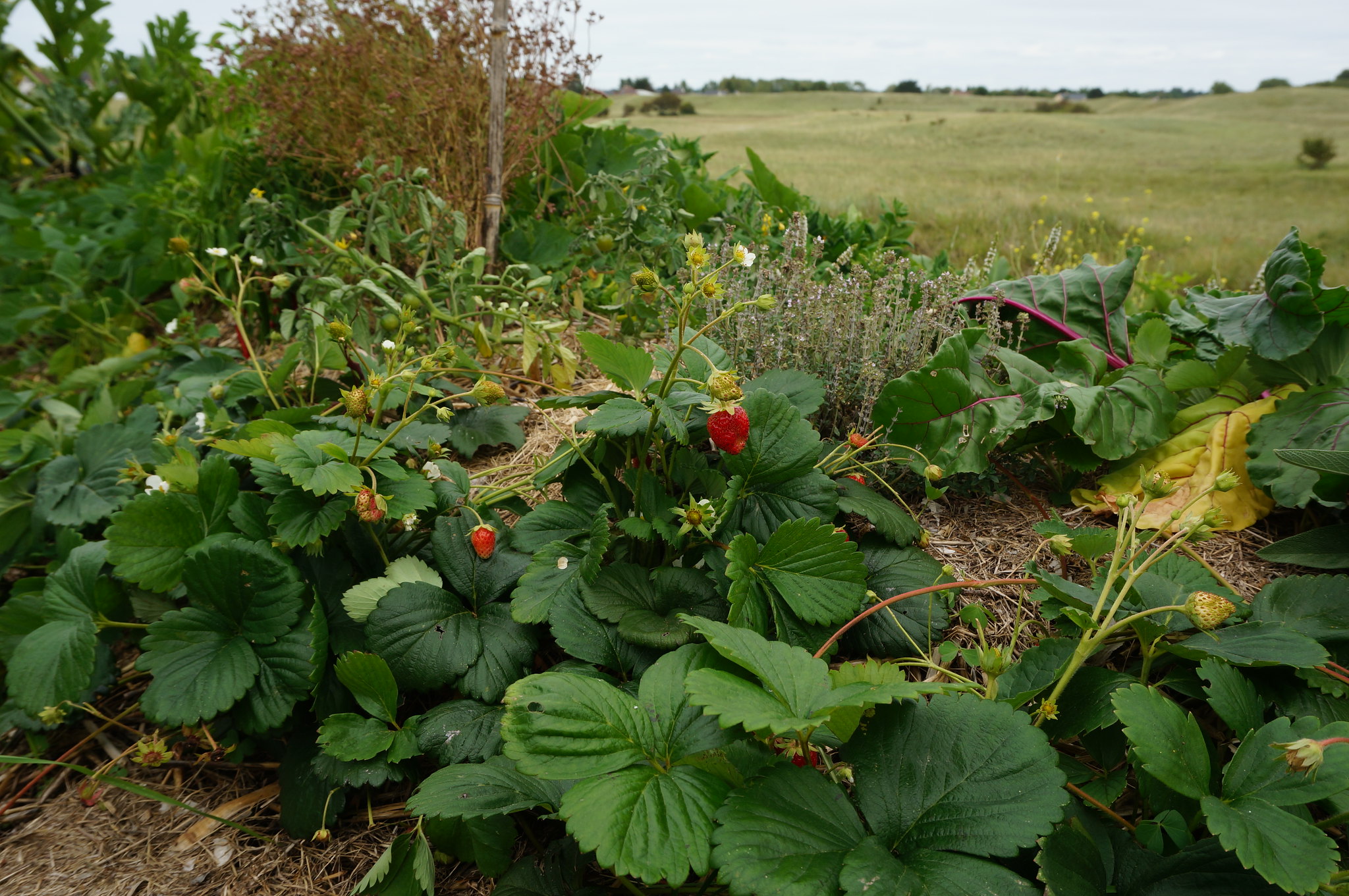 When we talk about transformations to sustainability, we very often talk about ‘making’ or ‘adding to’: creating innovative new products and practices, developing novel applications for existing ideas or technologies, or reinventing ourselves and our communities by adopting novel behaviours. By finding solutions to existing problems, it’s argued, we can move towards sustainability.

We less frequently talk about what to do with what came before the new ‘solution’: the problematic structures, ideas or relations that created the challenge that now needs solving. This is despite mounting evidence that the current development model is not sustainable, and that we’re increasingly ‘locked-in’ to an economic paradigm based around ideas of growth, accumulation and commodification of nature that are intrinsically unsustainable in a finite world.

UNMAKING is a research programme on the disruption of capitalism in societal transformation to sustainability. It aims to explore whether, when and how radical civil society initiatives are ‘unmaking’ environmentally disruptive institutions and practices that are deeply engrained in capitalist societies.

We caught up with Giuseppe Feola, who’s leading the UNMAKING programme[i], on the sidelines of the recent Transformations to Sustainability virtual workshop.

Can you tell me more about the idea of ‘UNMAKING’?

Often when we think of disruption, we think of it as a stoppage, or the end of something. The hypothesis that we’re working with is that disruption is about breaking off routinized patterns as a way to make space for alternatives. If resources are concentrated in certain practices and certain institutions, there’s simply no room, or pre-conditions for alternatives. An element of disruption is what enables the emergence of alternative values, practices and institutions.

As an example, when you say no to something, it can be just a negation or an act of resistance per se, but it can also be a way to say that you have a different vision, or different ethical principles that you want your actions to comply with. The very act of saying no or refusing to participate in certain practices or institutions opens up the possibility of doing things differently, or of being different.

Where are you seeing these processes in action?

I’ve worked in Colombia for a long time, including with a peasant movement called Territorio Campesino Agroalimentario (TCA), which we are using as an empirical case among other cases in Europe. In the TCA case we’re seeing that the development and construction of an alternative territoriality in Colombia is enabled by the deconstruction of certain dominant ideas about development, or disempowering ideas about the peasantry, for example.

Are you seeing similar processes elsewhere?

The UNMAKING project focuses primarily on Europe. We work mostly with community-supported agriculture and permaculture initiatives. That’s interesting, because it means we’re focussing on cases of grassroots transformation in agriculture, like in the Colombian case, but in the European cases the struggle against capitalism tends to be much less prominent in the overarching narratives or programmatic statements of the grassroots initiatives involved.

I think the same ideas or processes that we observe in Colombia can be observed in other cases, in a way that’s more subtle. TCA is placed at the frontier of capitalist appropriation of nature and cheap labour and the communities there are really experiencing the impacts of extractivism and agribusiness. Things are different in Europe, but we see that when the European initiatives develop alternative food networks and practices – such as alternative ways of producing, consuming and exchanging food – it’s also an unmaking of some elements of capitalism, in terms of imaginaries of development, or of human relations and human-nature relations, and so on.

What’s the role of the researcher in these processes?

In the TCA case, I think the interaction between the movement and research can be summarized in three points. Firstly, the research on this movement provided legitimacy to TCA, and therefore strengthened its presence and made it more visible and more respectable in the eyes of other actors. Secondly, researchers and peasants in the movement exchanged ideas, for example about the good life (buen vivir), and through these exchanges some ideas came to be part of TCA. Thirdly, the peasants in the movement used the research and learned via the researchers. They read publications and came to know about the experiences of similar cases in other countries, which again informed their practices.

The idea is to work with research participants in a collaborative way in the UNMAKING programme. We wouldn’t impose our presence and are very aware of the risk of conducting ‘extractive’ research – that is to say, going to the field, collecting the data and then leaving. We want to establish a respectful partnership which includes an element of participatory research. The project has not been codesigned with people in those grassroots initiatives, and – of course – we come with certain questions, but at the same time, we strive to carry out the project and propose our ideas and our questions in a way that makes sense and can be useful to the people on the ground. There’s a lot to learn from genuine conversations between theory and practice.

I’m also willing to extend that partnership in the longer term. I’ve worked with NGOs and other civil society partners in the past, including in Colombia, and tried to establish such long-term collaborations in way that respects the role of researcher and activist alike, and creates synergies and mutual benefits for both.

Is there a challenge for knowing when to stop and what can continue when a research project ends?

Extending research partnerships with civil society in the longer term is a big problem, because research funding always has project cycles. I’m lucky now to have five years’ funding, but normally you have much less. Two to three years is typical. There’s a mismatch with real life outside of academia, which has a different temporality. Another problem is that research funders don’t like researchers to do research in places they’ve already worked, because that may seem like the continuation of an old project, rather than new research.

Are there other barriers to this kind of work?

Another barrier, which is particularly relevant in Colombia, and which is an ethical concern for me, is the fact that leaders of NGOs and social movements are targets for violent groups. Hundreds of people are killed in Colombia every year because they are visibly pursuing progressive causes, which might be related to gender issues, environmental issues, labour issues and so on. Working with an NGO in such a context is always tricky and poses a layer of questions one would not face in other contexts. As a researcher, you know that you can strengthen action on the ground through collaboration, but at the same time, that strengthening also leads to increased visibility in the eyes of groups whose interests and power positions are questioned or disturbed by what this particular movement or NGO is doing, so it might contribute to making them a target. This is not the case in every country or in every situation, but it’s a particular issue in Colombia.

Have you found that community members are keen to get involved with the UNMAKING project?

The idea of unmaking seems to appeal to people working in grassroots initiatives – in the cases we’re working with in Europe, people seem to be interested. We have not had any particular challenges.

What comes after the unmaking – to what extent has the situation been transformed? How far can you say there has been a radical change? Or is it a kind of remodelling of capitalism?

We’re not thinking of capitalism as a block that you can just take, trash and replace, but more of a reconfiguration of the current elements, of certain types of economic relations, knowledge relations, political relations and certain understandings of what human life and natural life are. There are the cultural aspects. In pursuing transformation to sustainability, these elements will change and they will have to change. Otherwise, we are not really talking about sustainability. It doesn’t mean that capitalism ‘as a whole’ disappears, but rather that some of these elements will be reconfigured – exactly which will depend on what is being transformed and how, and in what context.

UNMAKING focuses on the disruption of capitalism in transformations to sustainability. Could other paradigms – such as coloniality or modernity – benefit from the same kind of approach?

In a case like the one in Colombia, you also see how capitalism and colonial presence are interlinked: it’s part of the colonial project. Capitalist development has been described by thinkers such as Arturo Escobar as essentially a project of colonization. Of course, there are different definitions of all these terms, and we’ll never find full agreement. But I think these things are connected. In the Colombian case, the community are resisting captures, but also the colonial imposition on the community of certain views of development, of nature, of human life, or consumerist and productivist social imperatives. It’s a reaction and response to the violence of capitalist appropriation of human and non-human life, as much as to the colonial imposition of those cultural roots of modernity that don’t fit into the worldview of these communities. So, modernity, capitalism and coloniality are interconnected and all there.

You’re working in several different settings with the UNMAKING project. Could the deconstruction approach being taken by the initiatives you’re working with be scaled up and out in different locations?

The UNMAKING project is based on the assumption that grassroots initiatives that strive for sustainability transformation engage in deconstruction – unmaking – of elements of capitalism as well as in the construction of alternatives. The aim is to identify any patterns in this process of deconstruction, and what role they play in different contexts. In that sense I have the ambition to reach some level of generalization of the findings from the project. We’re lucky to have many cases in the project, so we have the possibility of taking a comparative approach to try to draw a general set of lessons, if not a theory of unmaking.

From that, we can then ask what other initiatives in other places could learn: could it help them reflect on what they’re doing? Or give them a way to think differently about strategies for transformation? There will need to be a dedicated effort to disseminate this knowledge. Not by means of one-way communication about what we’ve done, but by working in a collaborative way, and engaging with grassroots initiatives that might be interested in reflecting more on transformation. I’m still thinking about the best creative ways of engaging collaboratively on what we’ve learned, and how other initiatives’ action can be informed or inspired by our cases, and therefore achieve a level of scaling out.