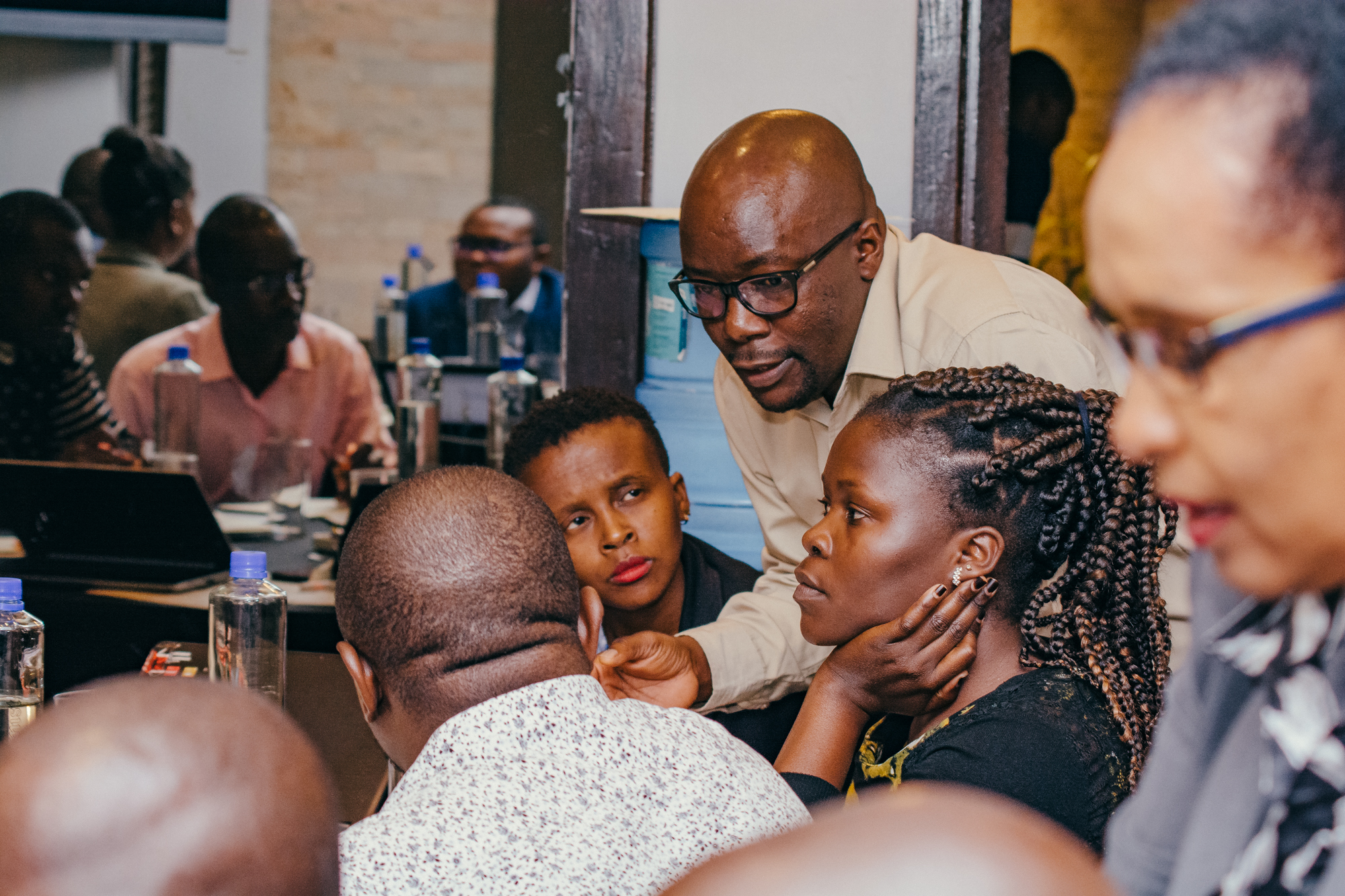 By Andy Stirling. This blog originally appeared on the GoST project website.

In ways that are explored in the first and second blogpost in this three-part series, the recent workshop organised by the Africa Sustainability Hub (ASH) on the ‘governance of transformations to sustainability’, embodied in the spirit of its own discussions, some of the key driving values of sustainability itself: solidarity, ambition and hope.

And here there comes to the fore, a core feature of the framework of the ‘sustainable development goals’ that helps inform the work of the GOST project in which ASH is a key partner. For, no matter what political view might be taken on past transformations, the ambition of the Sustainable Development Goals (SDGs) – circumscribed and compromised as they inevitably are – is nonetheless unprecedented in global high-level politics.

In imaginations informed by the SDGs, ‘progress’ is no longer expediently reducible to whatever happens to emerge from incumbent interests and powers in politics, business and science. Arguably for the first time in history, the advent of this new ‘politics of sustainability’ sees societies collectively struggling together on a global basis – albeit highly imperfectly – to resolve and enact which particular directions for development might count as ‘progress’ and which that don’t.

‘Politics of sustainability’ then, are not merely about emphasising potentialities for development, but steering their direction. And the importance of this imagination of sustainability can hardly be overstated. In emergence of existing processes of ‘development’ and ‘progress’ around the world, it is private profit, corporate power, military domination, national prestige and class privilege that form the strongest drivers of change. But despite the breadth and plurality of the existing sustainability frameworks, none of these forces are codified in any among the many SDGs.

Whatever their many other ambiguities and weaknesses, then, this radical tension with current directions for progress and development is one of the most precious features of Sustainability institutions and practices as a resource for wider progressive struggle. To recognise this crucial contribution to progressive transformation implies no romanticising of the SDGs or obscuring of their many flaws. All this is, is a hard-nosed strategic appreciation for their potential political use.

So what is wrong then, with the practice critiqued in the last post – of highlighting the technical side of the SDGs as a set of ‘policy indicators’? If ‘what isn’t counted doesn’t count’, surely this quantified framework for analysis is not merely a political resource, but a crucial driver for policy innovation? At least in this vision, the role of academia is clear… and (for academics) reassuringly central?

The problem is, that this raises big questions – that also emerged repeatedly and in many ways in the Nairobi discussions. To see the point here, consider the defining political struggles that drove the emancipatory moments that brought the politics of sustainability to high-level global discourse, sustained this over so many decades and helped constitute its present form. Albeit contrasting under different political perspectives, some concrete common features are very clear.

Think, for instance, of currently unfinished struggles for decolonisation, enfranchisement, the building of welfare societies. Like related movements for emancipation of slaves, workers, women or oppressed ethnicities and sexualities, these are all far more about unruly, bottom-up, values-driven, hopeful politics of care, rather than orderly, top-down, expert-driven, fearful policies of control.

Of course, some sectors of academia, business, policy making and the law have always fulfilled crucial functions from time to time in the history of all of these struggles. But these roles have typically been at least as much a response to, as a driver of, the wider emancipatory movements.

What more open plural political imaginations of sustainability offer (by contrast with closed, singular technical imaginations captured in scalar indices), is that these policy instruments are recognised merely to offer means to ends, rather than ends in their own right. They are only as useful as the dynamics they foster. The real drivers of transformations to sustainability arise from the broad, deep substantive flows of politics, more than narrow and more superficial surface performances of policy.

It implies no slight to the undoubted integrities of individuals to raise queries about encompassing institutional incentives and gradients. Yet even where structural interests and organisational motivations are not as exclusively sincere and authentic as are so assertively claimed and implied, there may nonetheless lie considerable value in a ‘civilising effect of hypocrisy’.

Nonetheless, the word ‘transformation’ does perhaps trip too easily off the tongue? If it is to live up to the heavy responsibilities of the underlying imaginations – and not betray them into a quagmire of cynicism and doublespeak – then what ‘transformation’ means in practice in any given setting, will always (like ‘sustainability’) have to be closely interrogated and actively struggled over.

What this provides is a practical rule of thumb. Do not trust claims that either ‘sustainability’ or ‘transformation’ are somehow self-evidently ‘good’, irrespective of perspective. Even if only implicit, this is a strong sign that politics are being deleted, and particular partisan visions and interests presumptuously asserted and disingenuously concealed. Whatever the motives, such language is in itself, a pretty good indicator that other – ‘unsustainable’ – forces are in play behind the scenes.

So here there emerges a final thought, bubbling up from the Nairobi discussions. This concerns what might be called a ‘paradox of progressive transformation’. One horn of this dilemma for sustainability struggles, lies in the imperative for transformation to be genuinely progressive. Here, associated political processes must be about ‘committing what to do’ (rather than merely ‘deciding how to do it’). Otherwise, the loudest voices and most powerful interests will prevail in setting whatever is the ‘it’ that they prefer, in steering the underlying direction for transformation.

But the other horn of the dilemma lies in exactly this practical reality. If movements for progressive transformation are actually to command the necessary attention, then there are countervailing pressures to make use of exactly the same kinds of instrumentalising language. Where a temporary advantage is encountered in a particular context, allowing the setting of terms for debate (as more usually enjoyed by regressive privilege), then there are strong temptations even for critical interests to restrict discourse to being not about ‘committing what to do’, but ‘deciding how to do it’.

Such a move may (for instance) be hoped to reduce debilitating wrangling over fundamentals and harness the ‘civilising effects of hypocrisy’ mentioned above. Here, the whole point is to assert as if taken for granted, that the ‘it’ in question, is a particular envisaged transformation. Without this, it can be difficult (especially for progressive interests) to build up the necessary political momentum.

So what might resolve this dilemma? Should struggles for sustainability seek to play these dangerous kinds of game? Should temptations towards short-run tactical gains, be allowed to expose the whole movement to a deeper strategic threats? For the cumulative effect of too much of this kind of instrumentalising tactic, is that sustainability itself become instrumentalised.

Perhaps here, one possible answer may lie an old aphorism (arising, for instance, in the untangling of knots): ‘if at first a problem seems insoluble, then make it bigger!’

Perhaps the ‘paradox of progressive transformation’ is best resolved by adding another thorny problem – that around the issue of design already discussed. In focus here, is the idea that it is those who find themselves privileged in academic or policy discussions about some given ‘transformation to sustainability’, who must somehow think of themselves as entitled to design this transformation themselves. We might call this the ‘design fallacy’?

In current debates about transformations to sustainability, after all, it is routine even for the envisioned processes of inclusion themselves, to be imagined as if they must be designed by those who find themselves most privileged – with others included only if invited. Here, a host of variously complicated ‘participatory’ principles, procedures and methods vie for attention… and funding.

But this misses the crucial point that truly ‘progressive’ imaginations of ‘inclusion’ (sufficient to live up to the values and aims of sustainability), are neither designed in their forms, nor invited in their composition. Genuinely progressive inclusion is autonomous rather than determined, emergent not procedural, and horizontal instead of vertical. The ‘design’ of ‘inclusion’ is an oxymoron.

And if at the end, this message sounds familiar, then this series of blogposts inspired by the Nairobi discussions, is approaching full circle. For another term for the open-ended, undesigned inclusion of the kind outlined here is precisely the neglected politics discussed earlier: the multiplicity of processes that constitute – in all their diverse forms – democratic struggles themselves!

It is in this way, that the ‘paradox of progressive transformation’ is arguably resolvable. Progressive transformations – like those envisaged towards sustainability – can indeed be both ambitious and actually feasible. But this is so, only if those currently clamouring for leadership privileges actually step back and allow the politics of inclusion to be more open and undersigned.

There are many ways of imagining the broader dynamics of democracy that then come to the fore. One, for instance, might uphold ‘access by the least powerful, to capacities for challenging power’. However imagined, it is the whole point about democracy that it interrogates – and designs – itself.

So in the end, we come as we should, to more questions than answers. What distinguished the Nairobi meeting was that – assisted by the analytic and normative distance of the language of ‘imaginaries’ – divergent understandings, contrasting values and contending arguments addressed these tricky challenges in a positive spirit of collective endeavour.

And what came through for me, was a message all the more compelling for being so neglected. The only way to achieve genuinely progressive transformations to sustainability, is through deep and durable democratic struggle.