Skip to content
Modernity without its clothes: The pandemic crisis shines a light on on futilities of control 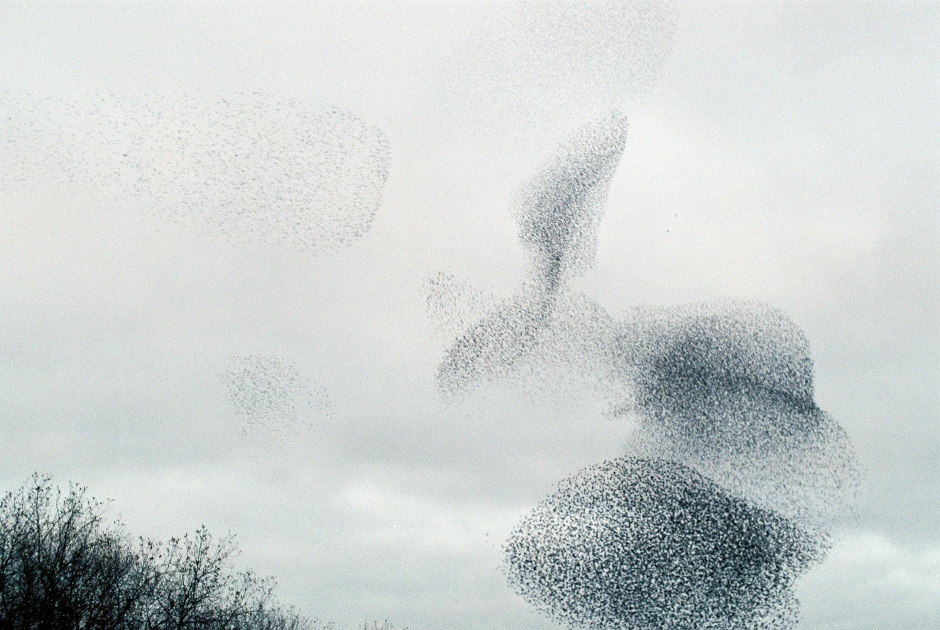 By Andy Stirling. This blog originally appeared on the STEPS centre website on 7 April 2020.

With so many self-appointed pundits (like me!) currently locked down with their laptops, the present rush of commentary on how to pivot the coronavirus crisis is hardly surprising. Beyond the general news and commentary, scores of articles are exploding across the media, diagnosing what this global catastrophe means, and prescribing how it can be turned to variously-held positive ends.

But there is another point that also emerges. In many cases, the changes that authors assertively prescribe specifically in response to the coronavirus pandemic, look very similar to those they would have advocated beforehand. In this particular sense, for all the transformational language and ambition, it is ‘business as usual’.

So, if some of this effort is not to risk being seen later as opportunistic – or inadvertently (in its familiarity) potentially reinforcing of lock-in – then maybe there’s a need for as much dislocation, surprise and reorientation inside the commentaries, as many rightly call for in the outside world?

After all, the main significance of this pandemic lies not in lofty platforms for pre-entitled, indulgently-curated identities. The issues are instead about many very real further devastations of already-vulnerable lives and livelihoods, of those without the same chances to air their views. If this is ignored, then even where motives are laudable, this colossal juncture risks becoming captive to just another campaigning message, media trope, academic vanity, or expediently manipulated ‘policy storyline’. The implications are far too important to be reduced to these baubles in the usual salons.

In fact, there really seems only one clear truth so far, amidst the ever-present – now brutally-revealed – uncertainties. Incongruously neglected in the many confident pronouncements and predictions, this truth is that nobody knows the historic implications of this moment. A radical diversity of futures are possible. In each of these futures, a plurality of views will likely clash as much as they do now.

For whatever happens next, what is already evident is that: expert advisers and scientific institutions found themselves so wrong; commentators and policy-makers so short-sighted; affluent societies so poorly resourced; macho demagogues and plutocrats so indecisive; and democracies and autocracies alike so ill-prepared.

There is of course no shortage of apparently effective instruments available to seemingly controlling ‘cockpits’: dispassionately assured experts; precise scientific metrics; rigorous technical models; massive hierarchical agencies; apparently all-seeing monitoring; seductively informative graphics; compellingly captivating dashboards; reassuringly evidence-based plans; commanding policy levers; invisibly nudging techniques; formidable military capacities; all presided over by our ‘natural leaders’ in the same old ‘seats of power’. But in reality, what the pandemic already seems to show is not only that there is no pilot… but that the ‘cockpit’ itself has been built largely in our imaginations.

After all, what else can reasonably be concluded when even the most powerful, respected and self-confident authorities in the world manifestly fail so badly not only to control, but even to predict, even a single parameter of one specific disease? With this understood, how much harder is it to believe other hubristic aspirations to anticipate, let alone heroically lead, entire collective futures?

So, if this unruly open-ended indeterminacy of the world cannot be acknowledged at a time like now – when the gyres of history are turning most tumultuously – then when can it ever be recognised? And the salience of all this bites doubly hard, not because of some further confident projection of what this all will mean, but in light of what can (from many sides) already be seen to be unravelling.

However things pan out – and whatever modesty-preserving fig-leaves are later hastily installed – at least one global hegemonic casualty has already surely been revealed. This involves not just a single specific certainty of how the world is – or should be. What is now becoming devastatingly undermined, is the general credibility of any confident performance of predictive control.

This unsettling tremor cuts across many (contrasting and contending) political, cultural, religious and corporate tectonic plates. With it are subverted the shaky foundations of multiple familiar kinds of assertiveness – including those with which any of us (any ‘we’) might identify. Comforting certainties and commanding actions are not how the world is ‘controlled’: they are stories through which contingent forms of privilege that are actually unable to control, nevertheless maintain their status.

Take, for example, the repeated mantras of ‘evidence-based policy’ – and ‘science-based decisions’. Evidence is of course crucial – but it is necessary, not sufficient. Actions cannot be purely ‘based on’ data or analysis, only illuminated by it. That these well-worn claims are so ironically false, is about as informative as evidence gets. ‘Control by science’ is an expedient fiction in service of power.

What the pandemic shows, then – in short – is that in the wider, long-run ‘real world’ of human affairs, control does not exist. And this is not a criticism. It is simply a fact. To criticise for lack of control is to be as misguided as to claim it.

But doesn’t this fly in the face of common sense? Control seems undeniably important. It is a potent experience, for instance, in our relations with machines. Where these work, people around the world have become very familiar with what it can mean (at least before gremlins, rust or wear take their toll) to control something – like a light switch, a water-pump, a bicycle, a mobile phone or a laptop.

As an example of control: a car steering wheel turned lightly to the left determines this single aimed-for effect and no other. The windscreen wipers don’t come on. The wheels don’t fall off. Nobody by the wayside faints. We know very well what control feels like: fully achieving the particular intended result, and only this. This is how control is imagined in the core cherished paradigm of Modernity.

But whatever instruments of control are directed at it, this is manifestly not how this pandemic is playing out. In country after country, initial reactions – whether of authoritarian suppression or complacent exceptionalism – have proven either highly ineffective or problematic in other ways.

And the story is still far from over. Unintended side-effects of control are, to some, already looking potentially even more serious than the disease. What will be the economic impacts on health? What other presently-unknown factors may yet become evident? How will the virus itself bite back? With so much already going wrong, falling short, happening by mistake, or yet to emerge, we’re very far from the familiar experiences of ‘control’ that current failing efforts are claimed to emulate.

But despite these lessons (not only from the present crisis, but from a multitude of earlier ones), the idea of control still shapes the globalising imaginations of Modernity. Just as a hammer can condition its holder to see every problem as a nail, so unfolding Modernities around the world are ironically enslaved by their perennial aspirations to control.

And it is in each of these spheres that control has also not only failed to live up to expectations, but yielded so many perverse kinds of backlash as to often be seriously counterproductive. So what is distinctive about this global pandemic is not its novelty, but its intensity. A familiar cycle of disappointment has unfolded over weeks rather than centuries. The spectacle is too acute to ignore.

However it plays out, what this pandemic already shows is that (outside comforting machine-like moments) the ‘real world’ tolerates no control. Events appear orderly for a while. And, like a bull in a china shop, impacts can surely be exerted. But what history also teaches well is that, no matter how massive the effects (on lives or the Earth), these are always less exacting than control. Beyond and between the domesticated interludes lies an under-determined nonlinear mess of cause and contingency; intention and accident; influence and reaction; association and surprise; and collateral effects, feedbacks and shocks.

So what conclusions to draw from this diagnosis? Is it a counsel of despair? Does the coronavirus pandemic simply herald a new intensification of already-overgrown fatalism, cynicism and nihilism?

Or are the signs exactly the opposite? Is the present cacophony of over-confident prescriptions more important for its vigour and diversity than for any specific strand of content (including this)? Perhaps each of this multiplicity of energetic visions constitutes a ‘necessary fiction’, provoking into life dormant political hopes and critical faculties that have been lulled into complacent acquiescence by burgeoning electoral oligarchies?

Perhaps this collectively-enacted murmuration is more important than any individually-stated aim? (Indeed, is this why ‘murmurations’ have always linked distributed dissent with exuberant flocking?) Perhaps this is why the word ‘moment’ has always quietly signalled an axis of possible movement?

Perhaps this is how ‘the medium is the message’ – when encompassing actions speak louder than any ostensibly controlling words? If so, then now is a time, less for the blinkering tethers of ‘evidence based policy’, and more for an emancipating politics when knowing is doing, and it is the doing that makes the knowing?

If ratcheted well, perhaps even these fictions, fallacies and fantasies of control may themselves be inflected in new – less hubristic – directions? After all,  where driven by values of peace, equality, or the environment, urges to change the world are not just commendable, but deeply necessary. Here, perhaps it is the very futility of control that can be positive, offering – in its inevitable failure – a ‘civilising hypocrisy’ to provoke something far more modest, caring – and serious about the real world?

Again, the answer has to be that no-one really knows. What the coronavirus pandemic might mean is not a matter to be diagnosed in advance, but to be struggled for in its aftermath – and beyond!

My main concern, then, about some of the current commentaries with which I began, lies not in any particularity of the changes they variously call for. It is that so much of this apparently critical discourse reproduces such a similar style to the incumbent interests that are ostensibly challenged.

In ways that also clash starkly with the little that we do know so far about the coronavirus crisis, many of the critics are as single-mindedly certain, as confidently predictive, as assertively prescriptive and as aspirationally controlling as any incumbent technocrat, autocrat or demagogue. And it is through such tacit support for the underlying mythology of control, that progressive intentions can nonetheless inadvertently reinforce the regressive status quo.

This is why the challenge is not to drown out with alternative certainties, the present vacuous claims of a control-beguiled Modernity. The pathologies of control could hardly be more reinforced, than if they snare even critics into their own controlling efforts. No! The responsibility is not to control Modernity – to stop it, replace it, erase it – but to revolve it in new directions. And here, for the controlling emperor even so briefly to be seen without imaginary clothes is arguably a pivotal moment in itself.

Either way, whatever futures may struggle into being, the present pandemic suggests these will likely turn out better if shaped in opposite ways to this failing reflex of control. This recasts ‘democracy’ not as a codified intermittent managerial procedure, but as multiple continual struggles for ‘access by the least powerful to capacities for challenging power’. So (also inevitably grounded in its own pre-existing enthusiasms!), it is in this spirit that another voice can join the clamour– directly challenging the pervasive control culture of Modernity.

What is needed now is more: humility (not hubris) about what is known; hope (not fear) about what is possible; diversity (not singularity) in what is held to count; mutualism (not hierarchy) as ways to organise; equality (not superiority) as driving values; precaution (not calculation) to protect the vulnerable; flourishing (not growth) as guiding aims; and care (not control) as the means by which so many kinds of better – but preciously unknown and uncontrollable – worlds may yet be realised.