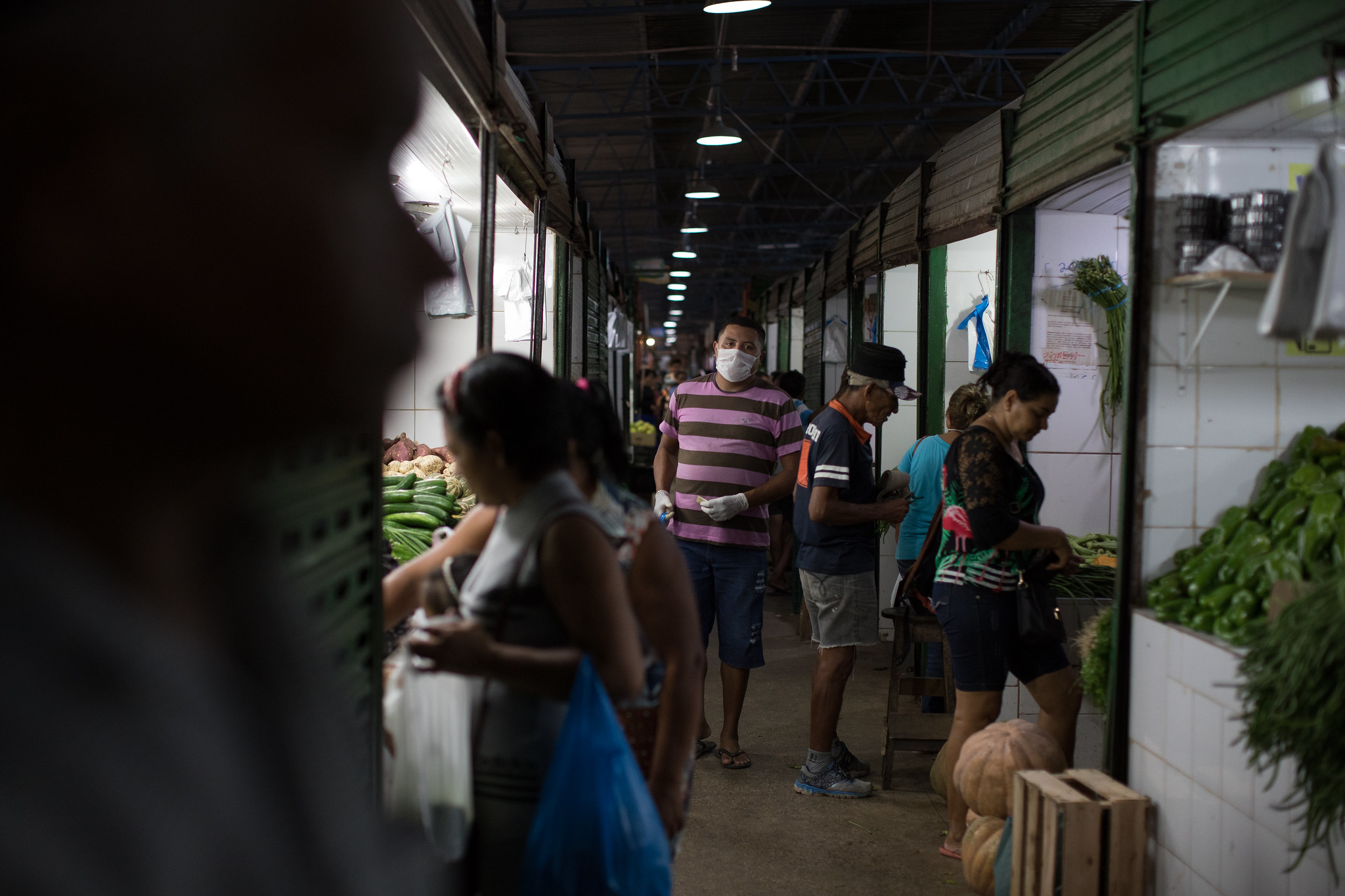 A recent paper by members of the T2S AGENTS project argues that the COVID-19 crisis is a symptom of deep-rooted challenges resulting from contemporary production and consumption structures, social inequalities, degradation of nature, and global connectivity. In the Brazilian Amazon, these challenges have been thrown into sharp focus by the pandemic.

Brazil has been hit hard by the COVID-19 pandemic, with the second-highest number of cases in the world as of August 2020. Tragically, the official death toll now stands at over 111,000, but infection rates have not yet reached a peak and the virus appears to still be spreading across the country.

In the Brazilian Amazon, one of the poorest and politically marginalized regions of Brazil, halting the spread of the pandemic has exposed the numerous challenges facing its inhabitants, including threats stemming from pursual of an aggressive development model based around exploitation of the region’s land and commodities.

The Amazon region currently accounts for around 15% of all COVID-19 cases in the country (STATISTA, 9 August 2020), principally in the large Northern states of Amazonas and Pará. Most of the inhabitants of the Amazon live in urban areas, many of which are quite densely populated. Precarious livelihoods are common, meaning that changing patterns of working and travelling to limit the spread of the virus and accommodate physical distancing may not be a realistic prospect for people worried about falling into poverty. Although public transportation between cities and rural areas has been halted during the peak of the pandemic, locals report that private, irregular forms of transport, such as passenger boats, are still running, and infections seem to be progressively spreading to more rural areas, where limited health services are already struggling to cope.

In some areas, poverty and a lack of social services are exacerbated by conflict and violence, which has increased in recent years, fuelled by the current government’s dismantling of environmental regulation, and a ‘climate of impunity’ for developers involved in illegal deforestation, mining and land-grabbing.

Seen in this context, the pandemic is not a stand-alone disaster, but rather a new challenge to add to a list of existing threats and structural problems, and one which interacts with underlying conditions such as inequality, insecurity and poverty that have been building up for decades to become a crisis. The phrase ‘We won’t go back to normal, because normal was the problem’ is a powerful call for change.

The virus also poses a particular risk for Indigenous populations, who are described as being extremely vulnerable in a recent paper by researchers from the T2S AGENTS project:

“Their [Indigenous peoples] realities vary from large to extremely small groups, some with intense interaction with urban areas, others in relative isolation. Death rate among this group is twice higher than the national average of 6.4%. As of 23 May, 1,140 indigenous from 61 ethnic groups were infected and 131 have died, mostly in the Amazon (APIB, 2020). These figures contrast with official reports which do not account for the approximately 35% of the Indigenous population that live in urban areas. Cases in Indigenous Territories, however, are particularly worrisome because of a combination of low immunity and their social life based on collective practices. As the history of indigenous genocide associated with infectious diseases reminds us, eventual cases of COVID-19 infection in indigenous territories could mean the extinction of a whole community.”

Ultimately, say the researchers, the pandemic is a reminder that we have ‘crossed the line’ of sustainability, safety and justice. In order to face the challenges of COVID-19 and to start moving towards recovery, we need to address the root causes of the crisis in the Amazon region, and to start rethinking our relationship with nature.

“The message is clear: a major societal transformation towards socially just sustainability is needed, one that addresses our current relation with Nature and with ourselves.”

But this need, say the authors of the paper, offers a glimmer of hope – it’s where the affected communities in the Amazon are showing their strengths.

The AGENTS project is exploring the role of individual and collective action by studying local initiatives that aim to address local social needs at the same time as environmental sustainability. AGENTS have already identified more than 200 initiatives in the state of Pará alone, and are witnessing a “new era of local initiatives emerging from genuine participation and management, that reflect rural communities’ goals and visions of quality of life. In this sense, the Amazon has been not only a living lab for conflicts but also for innovations. These include transformation of production systems, forms of cooperation, gender empowerment, value-aggregation arrangements, application of local biodiversity knowledge, and alternative forms of relationship with Nature.”

Many of these innovations are invisible, and borne out of a need to address a lack of economic opportunities in the region, at the same time as to respect human-nature relationships and cultural differences.

“Local communities and indigenous groups in the Brazilian Amazon are a source of much-needed social innovations that rely on alternative views of Nature and social relations,” say the paper’s authors.

The local initiatives being documented by the AGENTS project are typically designed to achieve multiple goals that are relevant at the local level, such as transitioning from annual agriculture to agroforestry systems that support both food security and access to markets, or forming associations and cooperatives to give women economic independence or help producers commercialise their products. Local people living with issues such as land-grabbing know all too well how economic, food, health, climate and personal security issues are interconnected, and this is reflected in the kind of local initiatives that are springing up. At the same time, for such an initiative to be sustainable, there’s also an understanding that actions must adhere to local values, such as ideas around a ‘good life’ or gender equity. By nurturing such initiatives, say the AGENTS team behind the paper, we can help to create transformative opportunities for the region in the post-pandemic world.

Most importantly, recovering from the COVID-19 pandemic and addressing the root causes of the crisis calls for “a new vision of the future that comes from and that is for the Amazon. (…) Confronting the post-pandemic reality of the region demands attention to structural problems emerging from this vision and empowering the people of the region as agents of change.”

The evidence indicates that global COVID-19 crisis stems from a zoonotic disease, transmitted from animal to human, possibly while a person in south-west China was searching for wildlife to eat or to sell. It has revealed the extent to which human lives and livelihoods are connected to nature. Its global spread has exposed the extent of global travel and trade, and just how interconnected our societies are.

Recovering from the pandemic calls upon us to reshape our relationship with nature, to recognise the structural issues affecting the way the virus is spreading, and to work cooperatively internationally and in solidarity with the communities affected.

Find out more about AGENTS: Amazonian Governance to Enable Transformations to Sustainability
Share:
By Lizzie Sayer