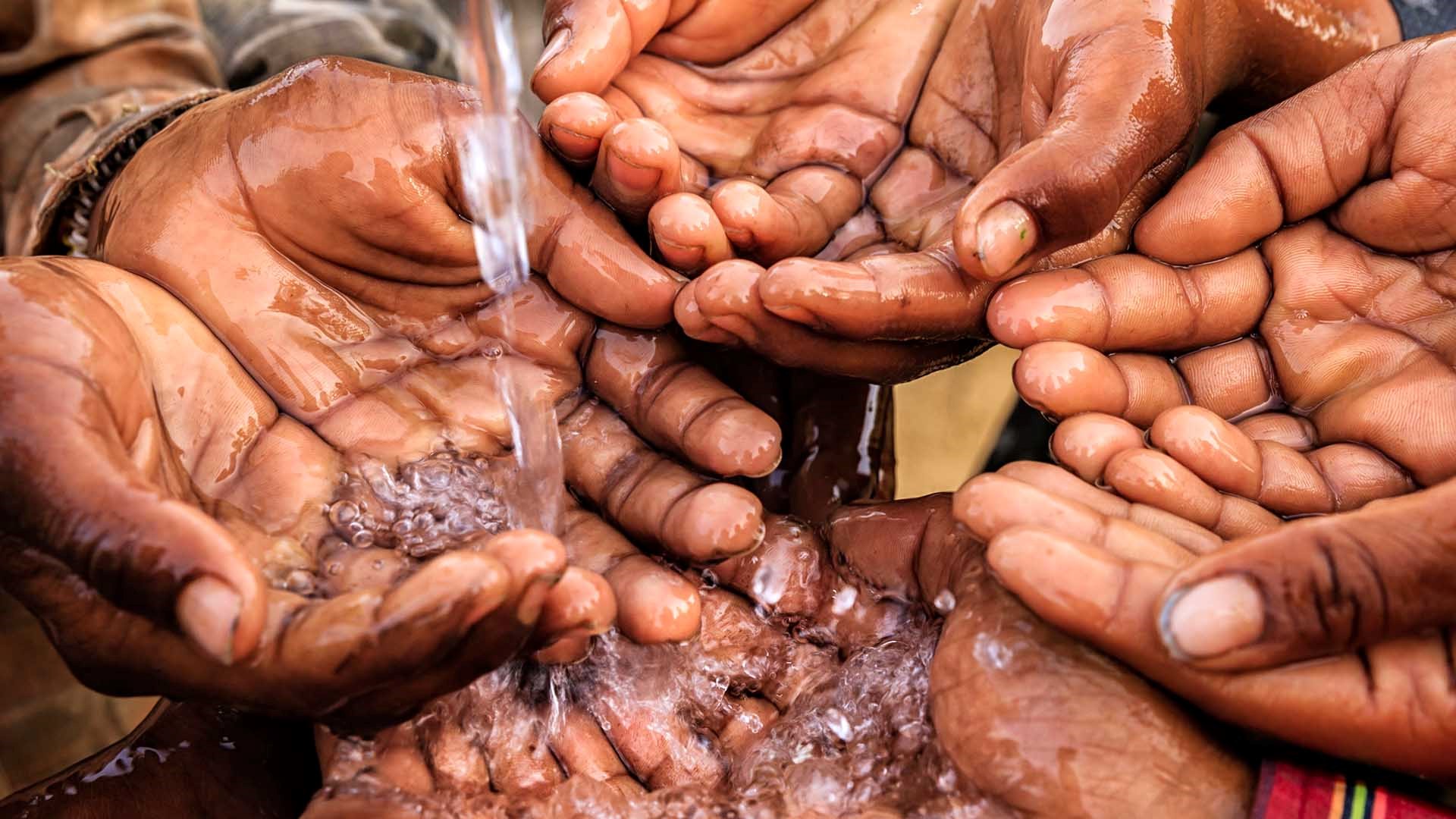 By Lyla Mehta (TAPESTRY project) and Claudia Ringler, IFPRI. This blog was originally posted on the IDS website on 6 April 2020.

We now know that handwashing with soap for 20 seconds can fight the spread of coronavirus. For most of us accessing water is as simple as turning on the taps in our kitchens and toilets. But for one third of humanity, handwashing remains out of reach: 2.5 billion people lack access to safe drinking water; equally distressing, 4.5 billion people, or more than half of humanity, have no access to adequate sanitation facilities, which further increases the risk of a Covid-19 spread.

The year 2020 marks ten years since the United Nations General Assembly and Human Rights Council recognised access to safe drinking-water and sanitation as a human right.  This right has now been incorporated into several national constitutions and has enabled many poor and marginalised people to demand access to water and sanitation. Still, globally many vulnerable women and men routinely face violations to these basic rights, affecting their wellbeing, life chances as well as their nutritional and health status.

Due to the narrow focus of the right to water on domestic provisions, the wider challenges around accessing water for survival and livelihoods in the context of climate change are not being considered.  In the Global South, densely populated settlements, poor health systems, high rates of HIV and tuberculosis (TB) and chronic water problems due to mismanagement, lack of political will and lack of infrastructure investment have long been causes for concern; but these are now heightened and brought to the open because of the rapid spread of Covid-19 across the poorest countries in the world.

Linkages between water, food and health

Water is needed for drinking, handwashing, cooking and sanitation but also to produce food. However, as we have argued in our book ‘Water, Food Security, Nutrition and Social Justice’  the current human right to water does not consider water resource management and uses for agriculture, industry, and subsistence or livelihoods purposes. Breaking down the siloes across these divisions is crucial and is now even more urgent under the Covid-19 pandemic as access to handwashing facilities remains a challenge in many parts of the rural Global South.

Considering available agricultural water sources for handwashing (combined with education materials on the benefits of handwashing and on keeping water sources free from faecal matters) and an overall more integrated assessment of water resource usage that can be repurposed for handwashing could make a difference for public health outcomes from Covid-19, while also supporting multiple uses of water sources, including for local food production and livestock rearing.

The daily struggle for water and sanitation

When water is not available at home, the burden of collecting, storing, and managing water usually falls on women and girls in most families around the world. In eight out of ten households lacking access to safe water, women and girls walk long distances and queue at taps to fill jerry cans and buckets.  It is alarming that a source which can be accessed within 30 minutes (round-trip collection time) is considered an “improved water source” according to Sustainable Development Goal 6 indicator on water and sanitation.

That such a situation is considered acceptable reflects the critical need to ensure that more women are part of the decision-making processes when such standards and targets are being set.  Given the massive number of hours and the labour spent by poor and vulnerable women and girls in simply collecting, providing and managing water for their families, how can we expect them to follow hand-washing advice in their daily struggle to secure basic water for their households?

In the rapidly urbanising contexts in the global South, vast populations live in slums and informal settlements.  For example, in India, 29.4% of urban dwellers live in slums. In India’s largest city Mumbai, the commercial hub of India, 62% of the inhabitants live in slums. Slums in this city, like in other cities all over the global South lack reliable access to water. During the short time water is made available in these locations, there is a rush to access the source, making physical distancing difficult.

The quality of the water used in slums can also often be deeply problematic, leading to gastrointestinal problems which can also reduce a person’s immunity and make whole communities susceptible to further disease.  The water collected is not enough to ensure handwashing with soap many times a day and shared toilets in slums and informal settlements can further increase the spread of diseases. There is also recent evidence that Covid-19 is released in the excreta of affected people and has been detected in wastewater and sewage, possibly putting sanitary workers, manual scavengers and scrap heap foragers at high risk as they lack protective clothing and other protection.

Even in the United States, about 2 million people lack access to running water; Native American populations in some reservations are deeply affected by lack of access to water and sometimes poor water quality. Lockdowns and physical distancing measures make it difficult to share water sources, or driving distances to collect water, increasing their risks to Covid-10.

After the Ebola crisis in West Africa, Sierra Leone and Liberia instituted public hand washing stations with soap in public places such as bus stations.  Rwanda launched a massive campaign in March 2020, by installing handwashing stations all over Kigali. While these are positive steps towards combating infectious disease,  most public spaces in the Global South continue to lack safe handwashing facilities.