Skip to content
Close the tap! COVID-19 and the need for Convivial Conservation 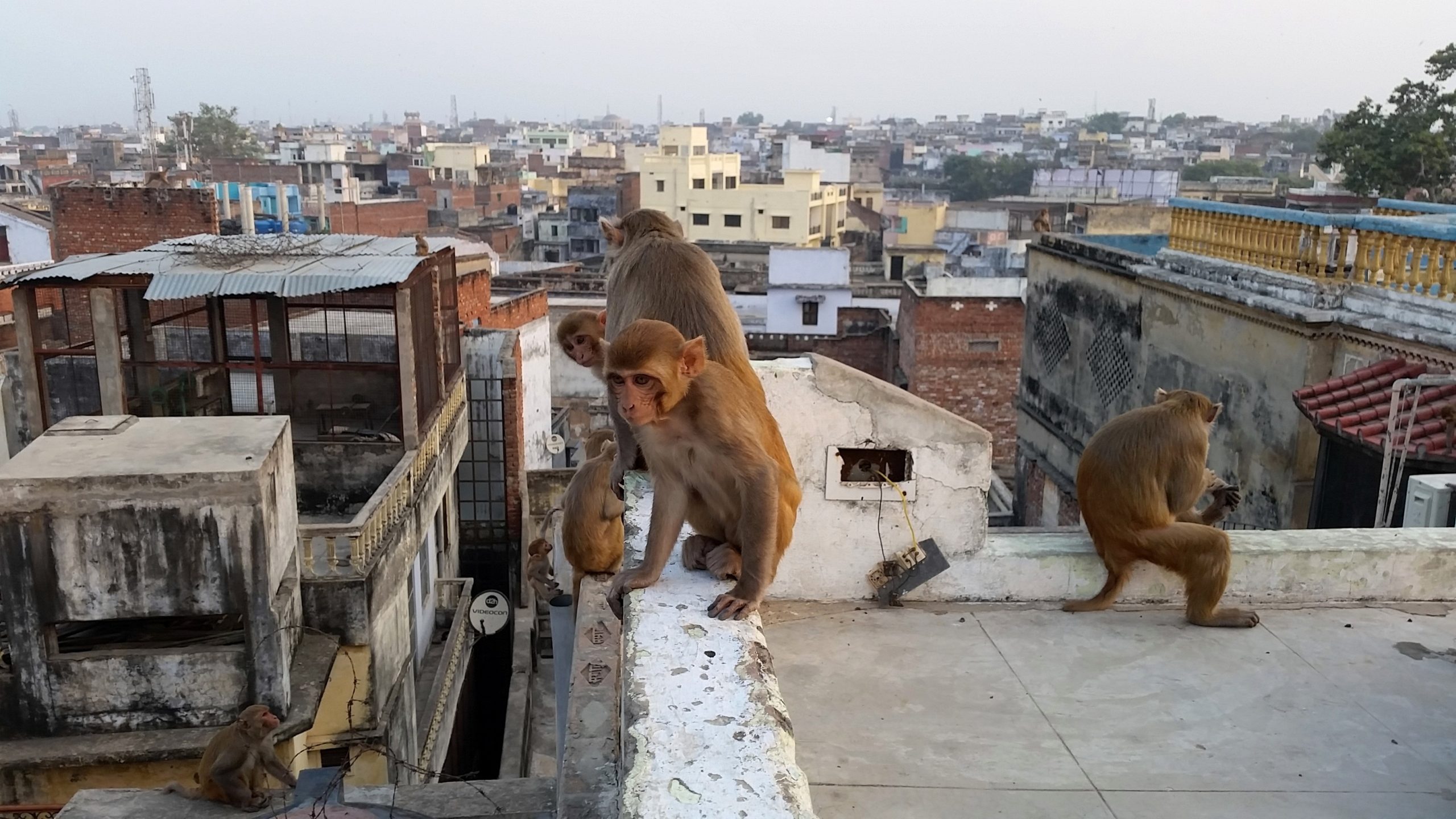 When 2020 was declared a “super year” for biodiversity conservation, no one suspected that a particular form of this biodiversity would proliferate to such an extent as to bring all of this fanfare to a screeching halt. With species and ecosystems in dangerous decline the world over, there is growing recognition that previous conservation strategies have been largely inadequate to the challenges they face, and that something radically different will be needed. A series of global meetings to address this deficiency were scheduled to take place in 2020. Most centrally, the IUCN’s quadrennial World Conservation Congress, slated for June in France, was intended to feed into the 15th Conference of the Parties to the Convention of Biological Diversity to be held in October in China, during which the global biodiversity targets for the next decade would be established. Concurrently, the 26th COP of the United Nations Framework Convention on Climate Change would meet in November in Scotland to plan for the future of climate change intervention, upon which biodiversity conservation crucially depends.

Enter COVID-19. These global meetings have now been postponed, cancelled or pared back due to the pandemic. The future of global biodiversity conservation has thereby been left even more uncertain than previously. Yet the crisis has also been framed by some conservationists as an opportunity to emphasize the vital importance of their work in the face of zoonotic diseases such as this. Hence, the question that Bill Adams posed in an earlier commentary – ‘how should conservation use the growing crisis that is COVID-19?’ – has become an urgent focus of discussion.

A Message from Nature?

Soon after the COVID-19 infection spread from China to Europe and beyond, some conservationists began to emphasize the virus’s origins in humans’ increasing encroachment on natural spaces. Given that the virus was initially believed to have moved from animals to humans in a ‘wet market’ in Wuhan, conservationists argued that this demonstrated the dangers of trade in wildlife more generally. After China consequently instituted a temporary ban on this trade, conservationists called for this to become permanent and global. Yet others have insisted that such a blanket ban would be devastating for the hundreds of millions of people worldwide who depend on wildlife for survival, and that driving the wildlife trade underground could have additional negative consequences. Still others have highlighted the links between COVID-19 and the spread of industrial agriculture, deforestation, mining, bioprospecting and other extractive enterprises more generally, pointing out similarities between the current crisis and previous viral outbreaks displaying parallel patterns.

All of this, various conservationists warned, signalled that “nature is sending us a message” to reign in our reckless destruction of nonhuman species and spaces. This position echoes longstanding assertions by deep ecologists that nature is a coherent entity possessing will and intention – as illustrated by the popular Gaia hypothesis championed by James Lovelock and associates.

In some variants of this stance, humans have even been labelled a ‘virus’ infecting the rest of the planet. From this perspective, extreme environmentalists have indeed warned – even hoped – that nature would eventually rise up and fight back against the ‘human infection’. Such scenarios include predictions that the spread of a zoonotic virus would wipe out humans completely, or at least reduce their numbers to a level capable of re-establishing balance with the rest of the planet’s inhabitants. This has even become the basic plot of popular science fiction books and movies, like Twelve Monkeys and Deon Meyer’s bestselling 2017 novel Fever .

‘Half Earth’ in Practice?

In terms of material practice, one of the main things COVID-19 has done is alter humans’ physical interaction with wildlife and natural spaces on a massive scale. The enforced or voluntary lockdowns introduced in many societies have led to mass withdrawal from many spaces, including of the more biodiverse variety. Myriad conservation areas have thereby largely been left to the nonhuman species they harbour. The result has been a widely documented proliferation of wildlife in rural as well as urban areas.

Considering this, one might argue that COVID-19 has forced the world into something akin to the ‘half earth’ scenario championed by celebrity biologist E.O. Wilson and others. Conservationists like these assert that at least half the planet must be reserved for protected areas occupied primarily by wildlife, while most humans should be consolidated within the other half, from which they can still witness wildlife through web cams and other remote technologies. This is, in a certain sense, exactly how large portions of the world have been de facto reorganized at present.

On the other hand, in some places with less stringent restrictions, people are actually flocking to conservation areas, as well as to the rural communities surrounding these, as a potential refuge from the virus and to escape the drudgery of home-bound lockdowns. In a variant of this trend, some indigenous groups, in Brazil, Canada and elsewhere, are also retreating to remote areas to protect themselves from infection and access alternate food supplies.

Another significant consequence of the global lockdown is that the global tourism industry has ground to a halt, and with it one of the main sources of revenue for conservation efforts in many places visitated by ecotourists. In some places, animals inhabiting conservation areas who have come to depend on tourists as a source of food are threatened by the sudden withdrawal of this sustenance. In other case, COVID-19 is itself the threat to animals. Fears that the endangered mountain gorillas might contract the virus from human visitors, for instance, has resulted in a suspension of highly lucrative tourism activities in Sub-Saharan Africa.

More generally, the crisis presents a widespread threat to conservation efforts due to the loss of resources and personnel to effectively manage conservation spaces in many places. Conservationists warn that the Amazon basin, recently devastated by widespread forest fires, may experience even more destruction in the near future as a result of Brazil’s diminished capacity for environmental management. Moreover, some actors are already busy exploiting the crisis as an excuse to roll-back environmental protection limiting access to natural resources in a textbook case of disaster capitalism. In the United States, the Environmental Protection Agency has already temporarily suspended many environmental regulations and authorities in other places may soon follow suit.

Yet as noted at the outset, even before the COVID-19 outbreak conservation was already in crisis. As in so many other arenas, therefore, the pandemic has merely laid bare and exacerbated some of the fissures already present in a highly pressurized global political-economic system. The need for radical change in conservation policy and practice was already emphasized. Market-based mechanisms like ecotourism were problematic sources of conservation finance even in the best of times. Conservation efforts under authoritarian regimes in Brazil, the US and elsewhere were already under heavy assault. COVID-19 has only made this need for radical transformation all the more imperative.

The great danger for conservation now is that, as the pandemic recedes, pressures on already vulnerable conservation areas will intensify as governments and capitalists look to previously restricted natural resources as new sources of accumulation. The global economy is already in deep recession and will likely sink even further. After the 2008 recession, capitalists turned to intensified resource extraction to recapture lost growth, at great expense to ongoing conservation efforts. It is very likely that this same pattern will be repeated now too.  At the same time, the growing recession will certainly further impoverish countless residents of rural communities close to biodiversity hotspots who will be forced to turn to wildlife consumption if other survival options dry up.

A retreat into half earth cannot effectively combat these perils. Neither can reliance on market mechanisms that depend on expanded extraction for their very finance. Framing COVID-19 as a message from nature to people – or conversely, people as a virus infecting nature – only reinforces the sense of separation between humans and the rest of nature we need to overcome.

These strategies may get conservation back into its previous mode: endless negotiations in endless meetings, preparatory discussions, strategy documents, zero drafts, conferences, projects and interventions, all of which seek to reign in, manage, offset and alleviate capitalism’s pressures on biodiversity and ecosystems. This approach makes some sense: it saves some species from extinction and some ecosystems from collapsing, while bringing actors together to discuss important matters. But it is and will always be a rear-guard battle if done within a fundamentally unsustainable global economy. Bluntly stated, it is like frantically mopping the floor with the taps wide open. The real solution is simple: to close the tap.

Closing the tap: towards convivial conservation

Instead of the tiresome fight to try and save an unsustainable system from itself, we need to start building a world wherein humans and non-humans can simply live and be, that is, outside of constant – and increased – surveillance, management, oversight and governance. Such measures are based on a need to control the relationship between humans and biodiversity, which in turn is based on the need for a capitalist economy to know and measure nature intimately in order to calculate the ‘optimal’ allocation of different forms of capital.

A different economic system is needed to facilitate another form of conservation. One that allows humans and nonhumans to live side-by-side in respectful coexistence. One that does not aim to control nature, but that lets natures (human as well as nonhuman) thrive, while recognising and celebrating the biophysical limits that necessarily both constrain and enable this. And one that supports and subsidizes the livelihoods of people living intimately with wildlife, including through redistributive mechanisms like conservation basic income.


Closing the tap on aggregate economic growth opens positive new possibilities. It renders possible a more equitable world and a form of convivial conservation that celebrates and enables living together. This post-capitalist proposal is currently being debated and tested in a number of places by various actors, including through the T2S research programme project CONVIVA. Aspects of it are already being practiced in many indigenous and community conservation projects worldwide. Moving further towards convivial conservation, we suggest, may help turn an aborted ‘super year’ for biodiversity into a ‘super future’ for human and nonhuman natures alike.