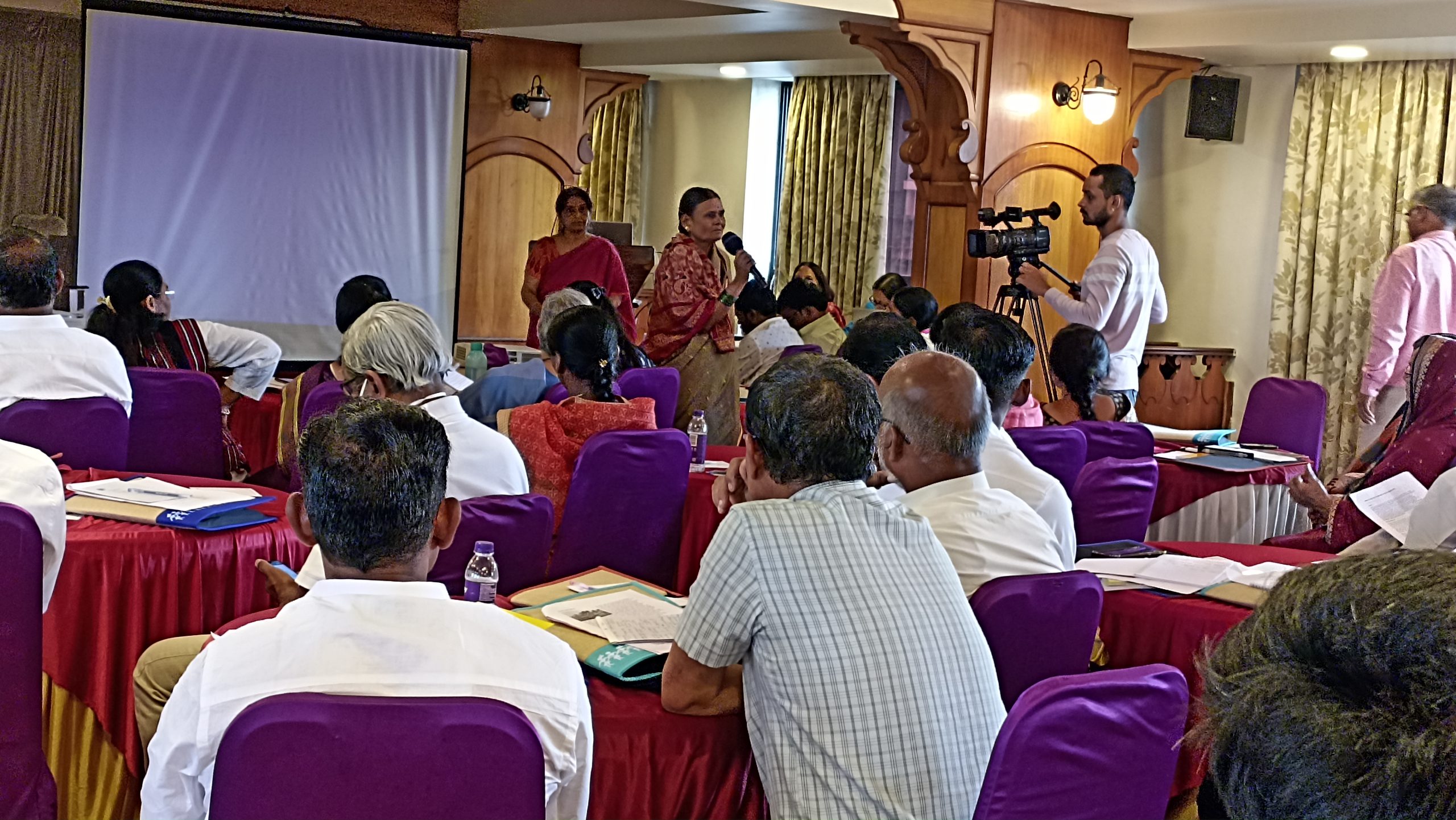 On 20 September 2022 the T2GS team in India organized a one-day dissemination workshop in Pune, India. About one hundred people took part in the workshop, including men and women farmers, water activists and academics.

The teams from SOPPECOM and ACWADAM shared the key findings of the study done in Ravangaon village, Maharashtra, India as part of the T2GS project.

The study in Ravangaon aimed to understand the challenges in governing groundwater with relation to irrigation by looking at the water management practices of farmers. The village has a number of water sources, including an irrigation tank from the 19th century, the main canal of a major irrigation project and a fifth-order stream which passes through the village. Yet over the last two decades, the village has seen a steep increase in the number of dug-wells and bore wells in the command areas of the canal and the tank.

The T2S project’s socio-hydrological analysis with a feminist lens helped unfold the complex story of the political economy of Ravangaon’s water and how it co-shapes the lives and livelihoods of the diverse socioeconomic groups that reside in the village.

While the experts commended the teams for doing a first-of-its-kind study by integrating the social and technical, the villagers reflected on their situation and – while agreeing with the analysis – discussed the challenges they faced to move towards ecologically sound practices in agriculture and water use.