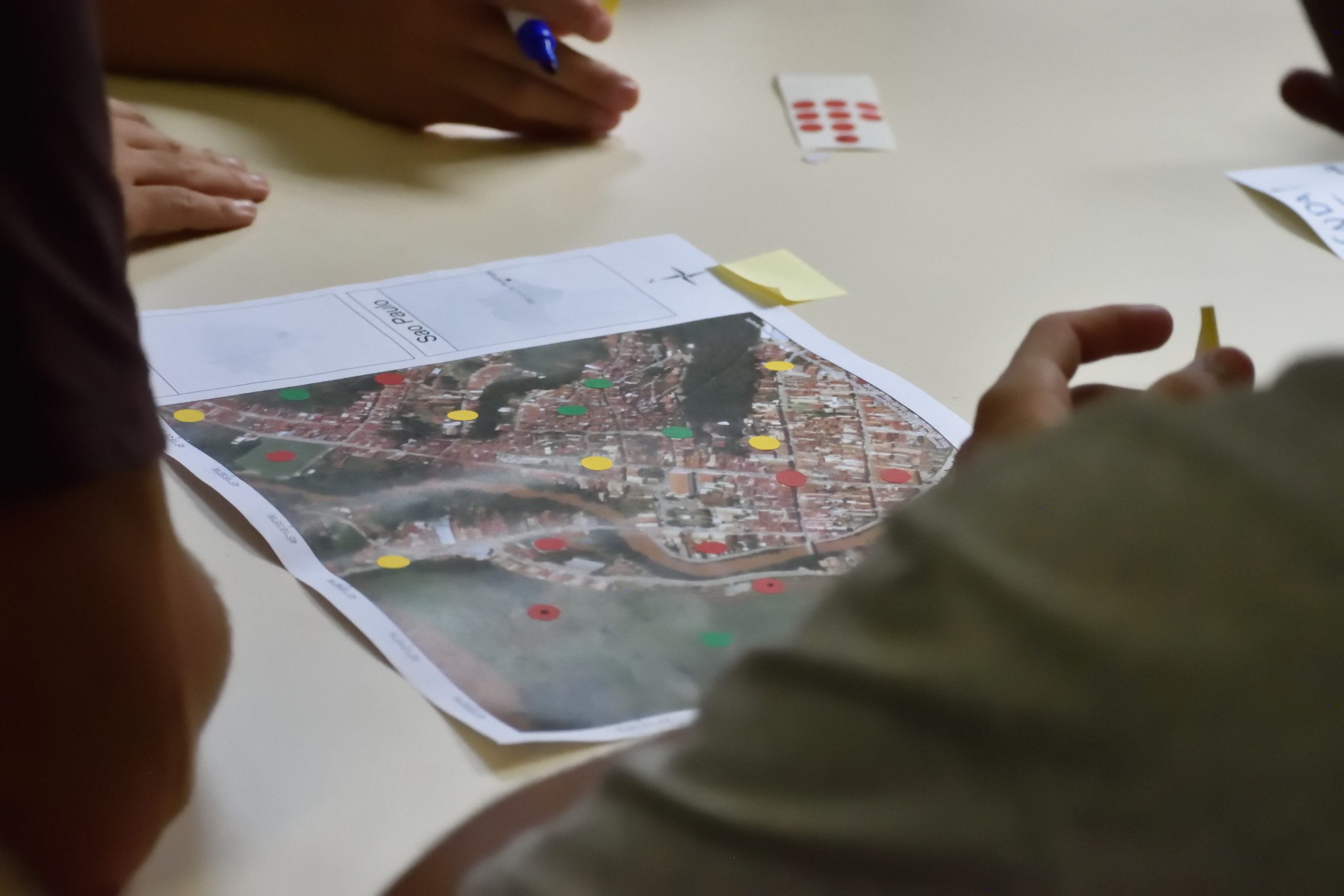 Several natural disasters have afflicted various parts of Brazil since 2022 began, from deadly flooding and mudslides due to abnormally heavy rain in the states of Minas Gerais, Bahia, Rio de Janeiro and São Paulo, to severe drought in Rio Grande do Sul state. However, only 6.1% of its 5,568 municipalities have plans of any kind to mitigate the risk and impact of such disasters, according to a survey by IBGE, the national census and statistics bureau.

An article published in the journal Disaster Prevention and Management describes a project that could contribute to future disaster prevention programs. Supported by FAPESP, the study used a methodology involving participation by inhabitants of the areas concerned, particularly young people, to predict the risks and effects of floods, landslides and rainstorms.

The aim was to develop a participatory process involving secondary school students, whose proposals were to be taken into consideration by local disaster response planners. Twenty-two students enrolled at Monsenhor Ignácio Gioia State School in São Luiz do Paraitinga, São Paulo state, between 2019 and 2021 took part in the project, alongside higher education students enrolled in the Program of Graduate Studies in Natural Disasters at São Paulo State University (UNESP), partnering with the National Disaster Surveillance and Early Warning Center (CEMADEN).

São Luiz do Paraitinga, an important tourism destination in the Paraíba Valley area with a well-conserved historic center listed as a national cultural heritage site and a long tradition of popular religious festivals, was partially destroyed in 2010 by flooding that reached 12 meters in depth in parts of the municipality. Reconstruction was followed by investment in river de-silting and hillside stabilization, among other projects.

“Until then the third step in the stairs leading up to the mother church was the highest level reached by the Paraitinga River whenever it overflowed. The 2010 New Year’s Day flood covered the church and swept away 100-year-old listed buildings. Despite the destruction, no one died, thanks largely to whitewater rafters who lived in the town and rescued more than 400 people during the night, even before the arrival of emergency workers. That shows the importance of popular participation,”

In his PhD research conducted shortly after the disaster, Marchezini analyzed the barriers to local participation during reconstruction and argued for the implementation of methodologies to involve local communities in disaster prevention programs.

“Without this involvement, people aren’t prepared and disaster responses are improvised,” he said. “We used São Luiz do Paraitinga as a living laboratory to think about prevention.”

In Brazil, at least 8.3 million inhabitants of 872 municipalities live in high-risk areas, according to the last census conducted by IBGE. Although the National Civil Protection and Defense Policy (PNPDEC, Law 12,608/2012) calls for community participation in civil defense-related preparedness, mitigation and recovery plans, there are no mechanisms in the law to promote this participation. Only 6.8% of Brazil’s municipalities told IBGE they had community-based civil protection units.

The school students who participated were given training and used aerial photographs of São Luiz do Paraitinga taken by drones to identify areas prone to flooding and landslides. They were asked to decide which segments of the community were most exposed to these risks, and concluded, for example, that their own school was vulnerable, as well as a primary school and an old age home. They plotted flood-prone and other high-risk areas on a map of the town, also using information on the areas flooded in 2010.

“These youngsters who participated in the mapping exercise were too small at the time to remember various aspects of the great flood, and we provided ways and means for one generation to learn from another,” Marchezini said.

The students used the mapping exercise to plan escape routes from future disasters and were asked to form five breakout groups that would plan and budget for disaster risk mitigation measures. Their proposals were shared with the local civil defense team and with Akarui, a non-governmental organization that promotes community involvement in São Luiz do Paraitinga.

The work with the school students was led by Daniel Messias dos Santos, a teacher at their secondary school and last author of the article. The first author is Miguel Angel Trejo-Rangel, a PhD candidate at the National Space Research Institute (INPE).

The main actions suggested by the students were setting up a communication committee for the municipalities in the Paraitinga River basin, which include Cunha; territorial planning to stop people from building in high-risk areas; developing a smartphone app for messaging on disaster response initiatives; and drafting a preparedness plan with the community.

The results were presented at an event held in October 2021 and attended by school students and representatives of the municipal government, civil defense, and other agencies involved (a video of the event can be watched here). Mayor Ana Lúcia Bilard Sicherle, who had also been the mayor in 2010, spoke about the importance of surveillance and monitoring to make sure no one moves back into the high-risk areas. “We now have a stronger civil defense team as well as more monitoring mechanisms,” she said.

The methodology developed by the researchers will be included in CEMADEN Education, a program that takes information and projects to schools with the aim of raising awareness of disaster hazards. The program has been recognized as an inspiring practice by the United Nations Framework Convention on Climate Change (UNFCCC). Research conducted in Brazil and elsewhere evidences the link between climate change and extremely heavy rainfall (more at: agencia.fapesp.br/37088 and revistapesquisa.fapesp.br/en/risk-of-more-natural-disasters).

The article “Giving voice to the voiceless: connecting graduate students with high school students by incubating DRR plans through participatory mapping” is at: www.emerald.com/insight/content/doi/10.1108/DPM-03-2021-0100/full/html.

This text was originally published by FAPESP Agency according to Creative Commons license CC-BY-NC-ND. Read the original here.