This post is by Vangelis Pitidis, Research Fellow at the University of Warwick. It was first posted in the Waterproofing Data website in July 2020.

During the first two weeks of June, the Midterm Meeting of the International project ‘Waterproofing Data: Engaging Stakeholders in Sustainable Flood Risk Management for Urban Resilience’ was organised and facilitated by IGSD. The original plan was to organise and hold a four-day event at different locations within the UK, including the offices of the Environment Agency at Exeter, Warwick University and the British Geological Survey’s Site at Keyworth, Nottinghamshire. However, the outburst of the COVID-19 pandemic forced the organising team to update the original plan and turn the entire meeting virtual.

This alteration of the initial plans was accompanied by a subsequent update of the activities’ structure to accommodate the inherent difficulties of online events. Therefore, activities were spread to four days across two different weeks, while a time threshold per day was also established to avoid overexposure of the participants to the screen as well as lack of concentration. The final programme included the following activities:

The first day of the meeting was dedicated to a very ambitious endeavour; the hosting of a virtual workshop with the participation of researchers and practitioners from a number of different institutions engaged with flood forecasting, prevention and response in Brazil and the UK. The first part of workshop included presentations and from one researcher from each country on three flood-related topics followed by short discussions the participants. The topics were:

a) Introduction to Flood Risk Management in Brazil and the UK

b) Flood Forecasting approaches in Brazil and the UK

In the second part of the workshop, participants were divided into four groups, where with the use of a digital tool called Milanote they exchanged ideas on the enhancement of flood risk management in Brazil and the UK and the potential contribution of citizen generated data in building flood resilience in both countries. The outcomes of the group discussions were subsequently presented to the entire group and will constitute the basis of a joint publication. More than forty (40) researchers and practitioners from several Brazilian and British institutions, such as the National Centre for Monitoring and Alerts for Natural Disasters in Brazil (Cemaden), the Brazilian Geological Survey, the British Geological Survey, the Flood Forecasting Centre, the National Hazards Partnership and the Environment Agency, participated in the workshop which lasted for more than four hours and was characterised as particularly successful by the participants.

More information about the virtual workshop can be found here. 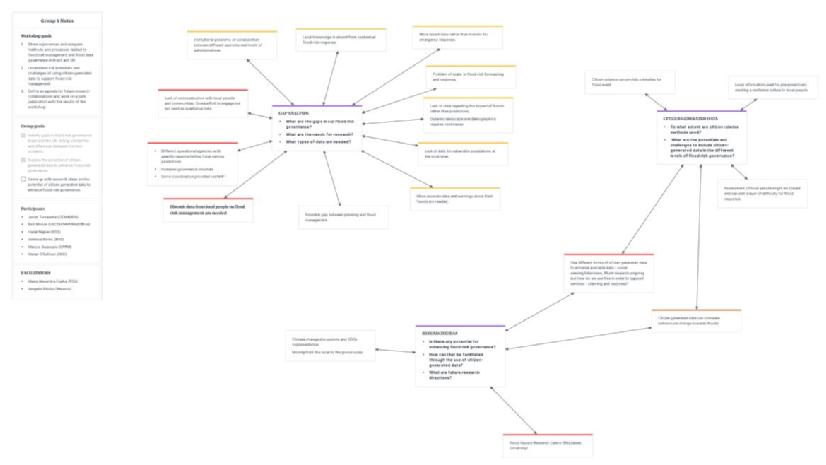 The next two days of the workshop were focused on the Waterproofing Data research team and included presentations and discussions on the progress of the six different work packages. Led by Early Career Researchers, the process of data collection and as well as the status of different deliverables were presented in detail as well as the outcomes in the two sites of the project, M’Boi Mirim neighbourhood in São Paulo and Rio Branco Acre. The research team agreed that despite the outburst of the COVID-19 global pandemic, which imposed numerous challenges in fieldwork and data collection within the local communities, the project has managed to achieve significant progress in engaging with local communities, particularly in São Paulo, through the employment of several research methods and techniques such as risk perception maps, flood memories, collaborative mapping activities, short-documentaries and the development of an elective module on environmental education for high-school students. Concurrently, ethnographic research in two of the targeted research sites through application of the so-called ‘Data Diaries’ method is still ongoing in different Brazilian Centres of Expertise, while a prototype for the web-platform has been designed by the software development team and was presented to the research team.

Figures 2 and 3: Photos from and project activities

Following the update on the project’s progress so far, the next part of the Meeting concentrated on activities planned to start during the second phase of the project, and are related to the dissemination of project outcomes and the desired transformations they implied. In more detail, the development of a mobile application and a community-based intervention to increase the resilience of flood-prone communities across Brazil was particularly emphasised, as this activity is designed specifically to disseminate the already developed methodology to engage schools, flood-prone communities and local governments in the production and circulation of flood-related data to improve flood resilience. The method to develop the mobile application was outlined along with the intended outcomes and the potential challenges. In addition to the mobile application, the research team engaged in a wide discussion on the understanding of notion and actions to achieve and promote sustainable pathways to transformations of flood risk governance. The discussions were summarised in an updated version of the project’s Theory of Change. 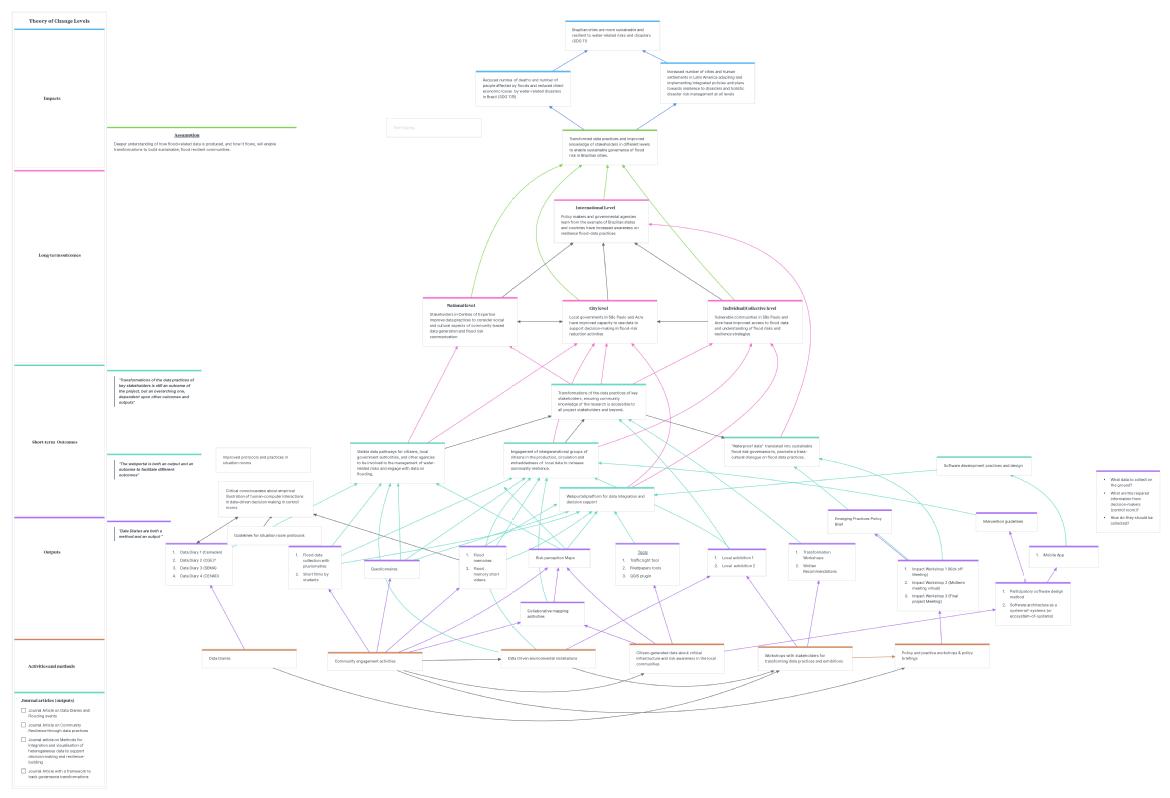 1. Planning and organising of data collection activities in Rio Branco.

3. Focus on highlighting pathways to transformations in flood risk governance within institutions and local communities in Brazil and transferring of lessons learned to different social contexts in Latin America and Europe.

4. Continuous discussion and updating of the Theory of Change, led by the Early Career Researchers.

For further engagement with the objectives, activities and outcomes of the project, you can visit our website.